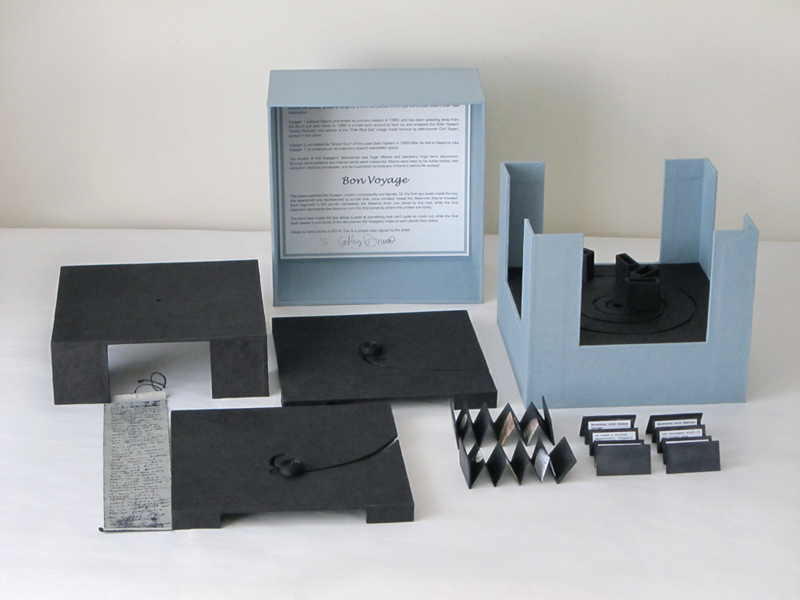 In 1977 the Voyager program launched two space probes, Voyager 1 and Voyager 2, to study the planetary systems of the outer Solar System. It was perfect timing – the spacecraft were able to take advantage of a rare geometric alignment of the outer planets – one that would only occur every 175 years. This alignment allowed the probes to use a newly developed technique called gravity assist, utilizing the planets’ gravity to slingshot around the planets and propel the probes toward their next destination.

Voyager 1 passed Saturn and ended its primary mission in 1980, and has been speeding away from the Sun’s pull ever since. In 1990 it turned back around to face us, and snapped the Solar System “Family Portrait,” the source of the “Pale Blue Dot” image made famous by astronomer Carl Sagan.

Voyager 2 completed its “Grand Tour” of the outer Solar System in 1989 after its visit to Neptune. Like Voyager 1, it continues on its trajectory toward interstellar space.

The impact of the Voyagers’ discoveries was huge. Moons and planetary rings were discovered. Strange cloud patterns and intense winds were measured. Moons were seen to be active bodies, with volcanism, tectonic processes, and atmospheres reminiscent of Earth’s before life evolved.

The third level inside the box allows a peek at something that can’t quite be made out, while the final level reveals it and some of the discoveries the Voyagers made at each planet they visited.

There is a particular mix of science, philosophy, and heart embedded within the Voyager mission that instills feelings of wonder, awe, and hope – both because of the science that came out of the mission, and the fact that the mission happened at the right place and time to allow the two probes to be so much more than their basic technological components. And, of course, the fact that the spacecraft are still out there, speeding into interstellar space.

This is a unique artist’s book. A colophon is included, which is numbered and signed by the artist. This work is meant to be opened and explored. 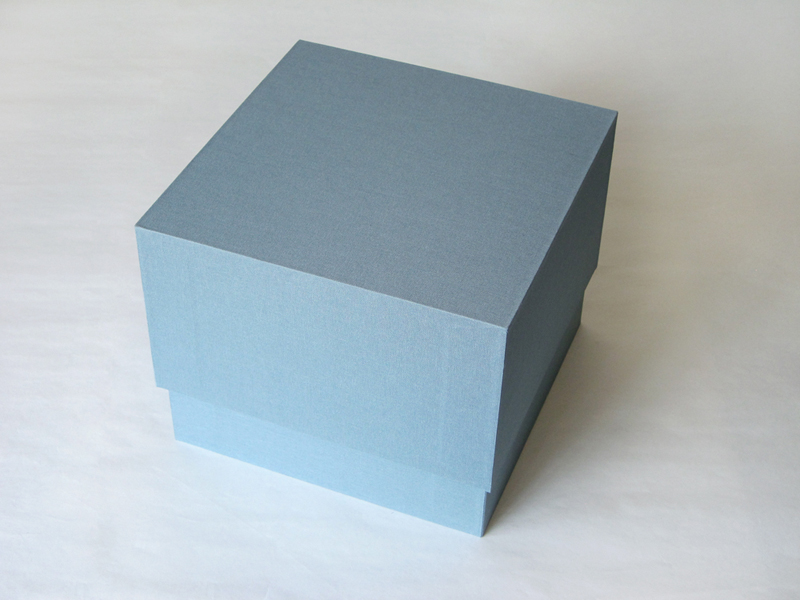 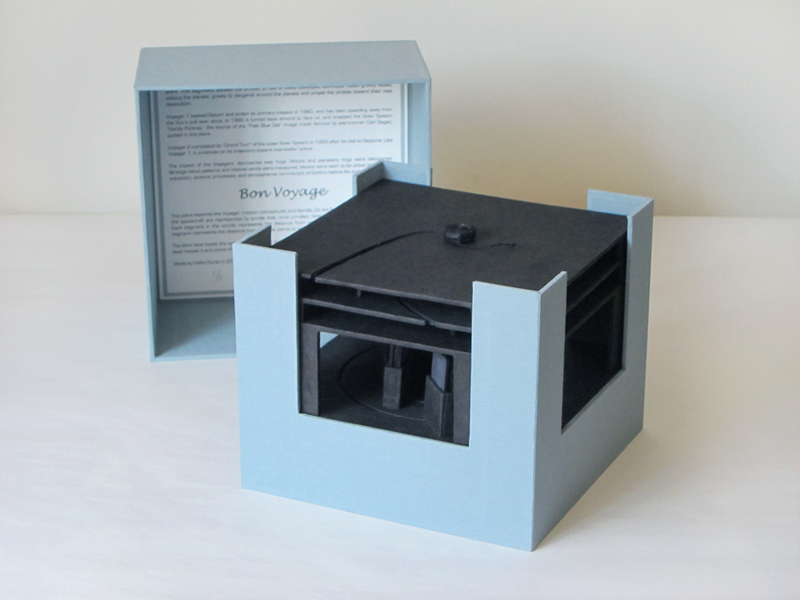 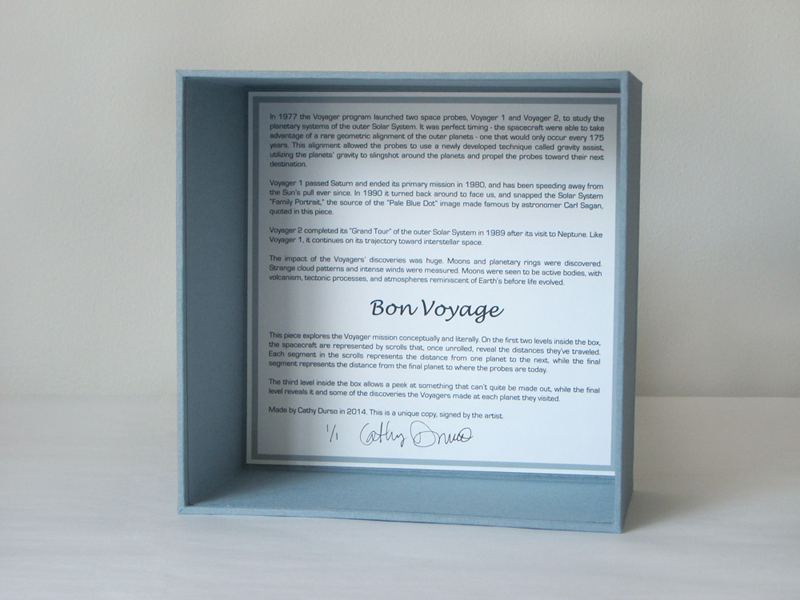 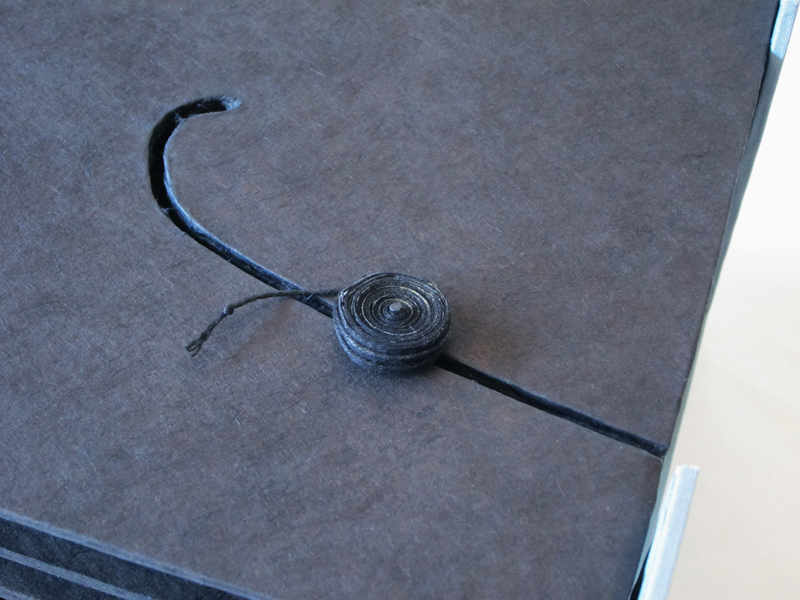 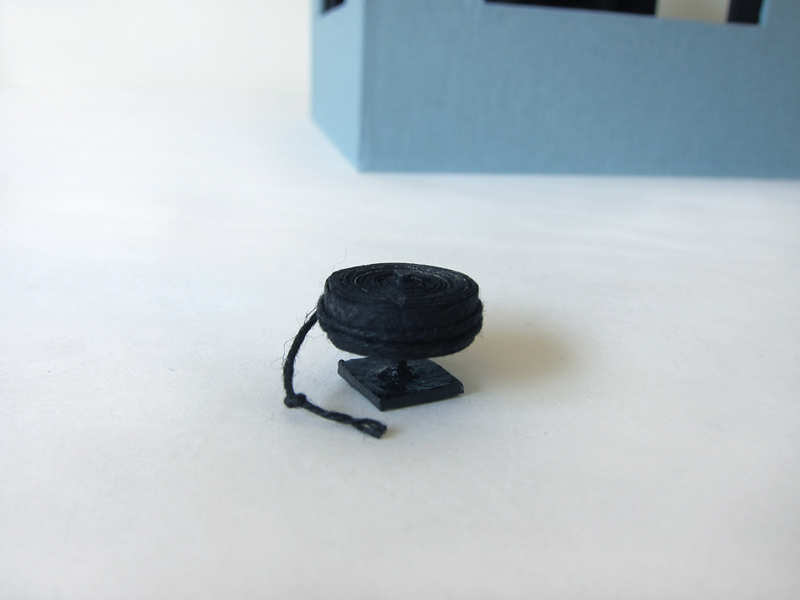 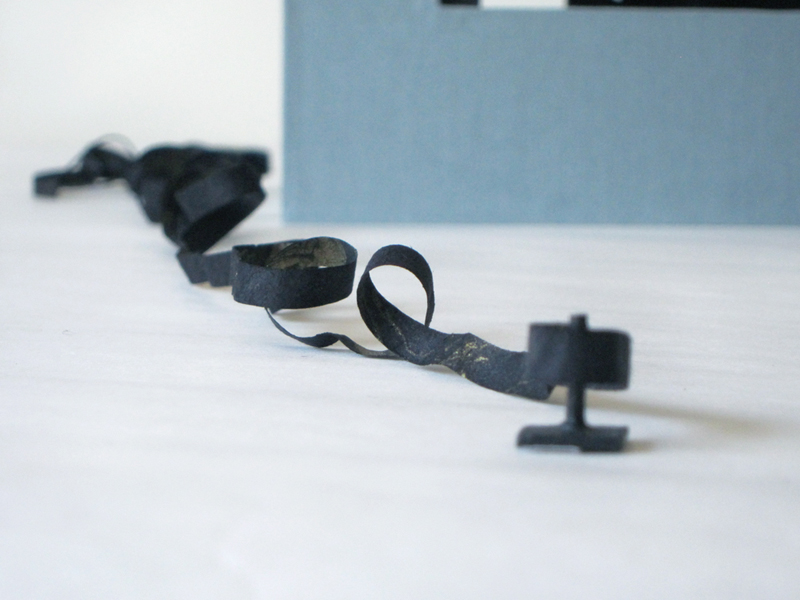 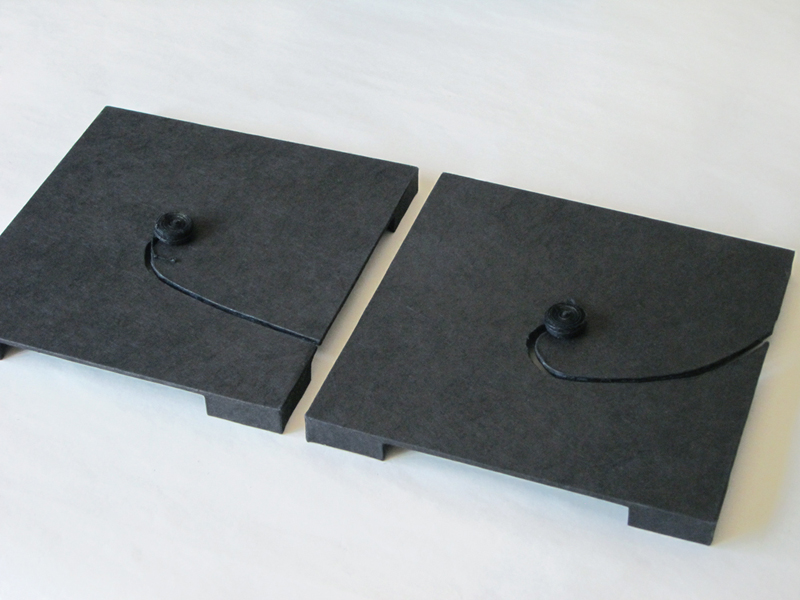 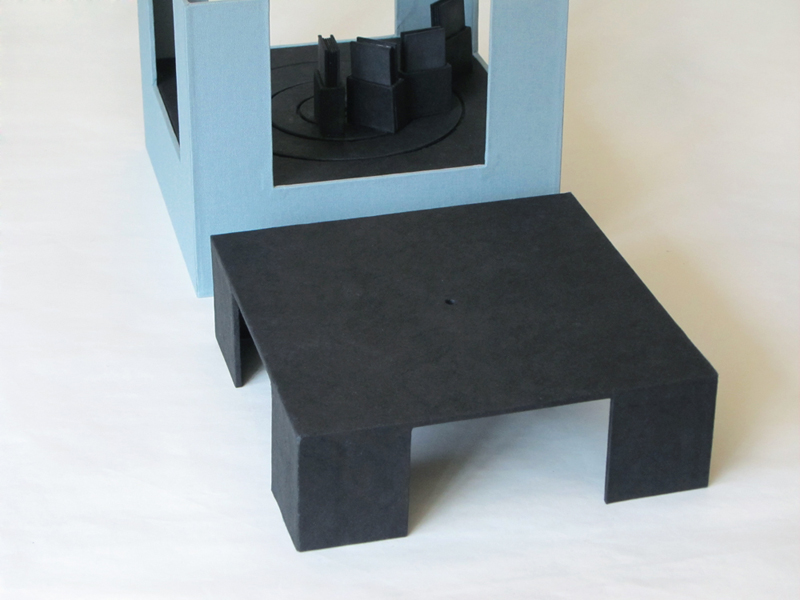 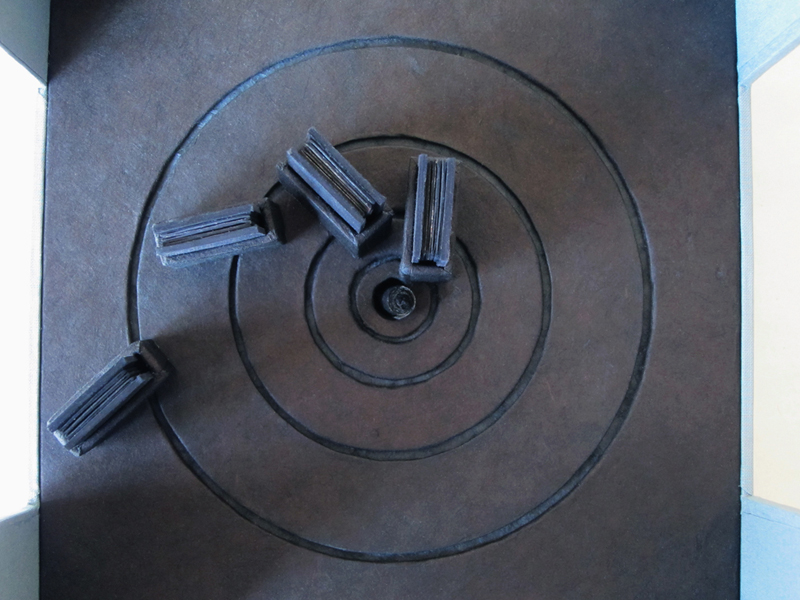 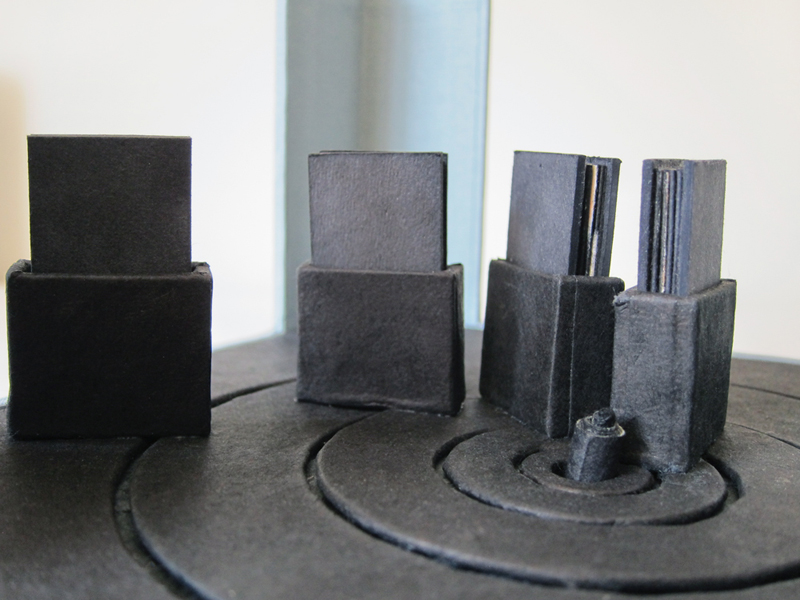 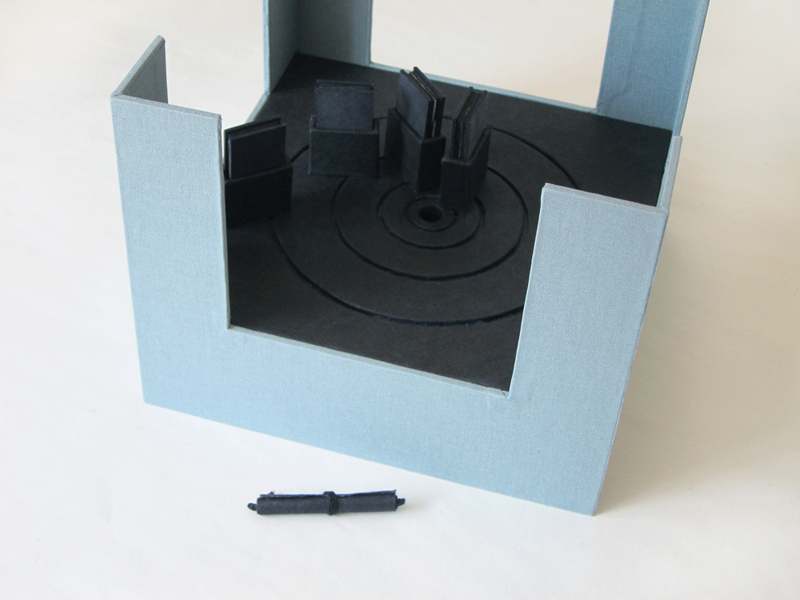 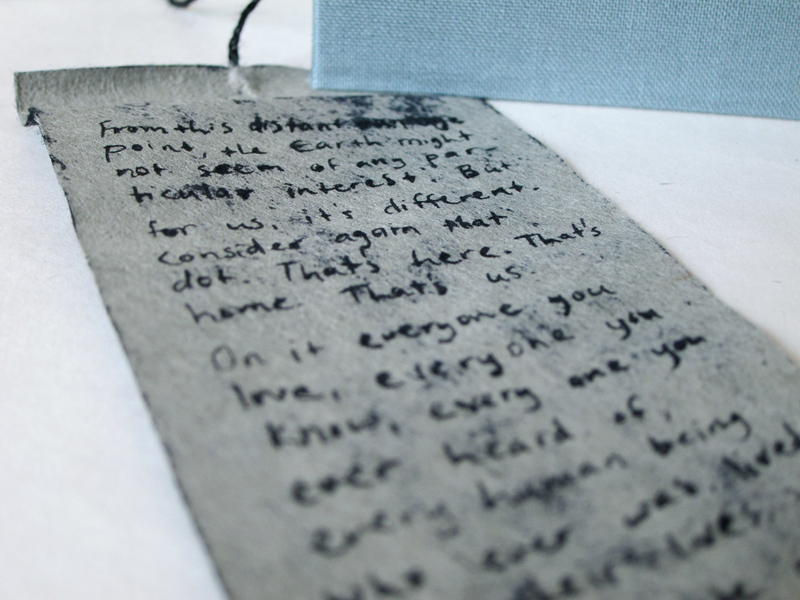 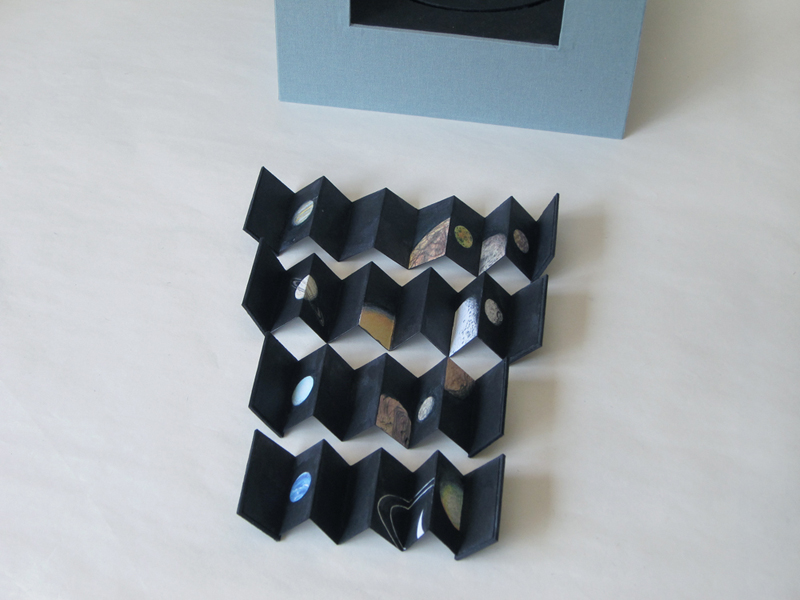 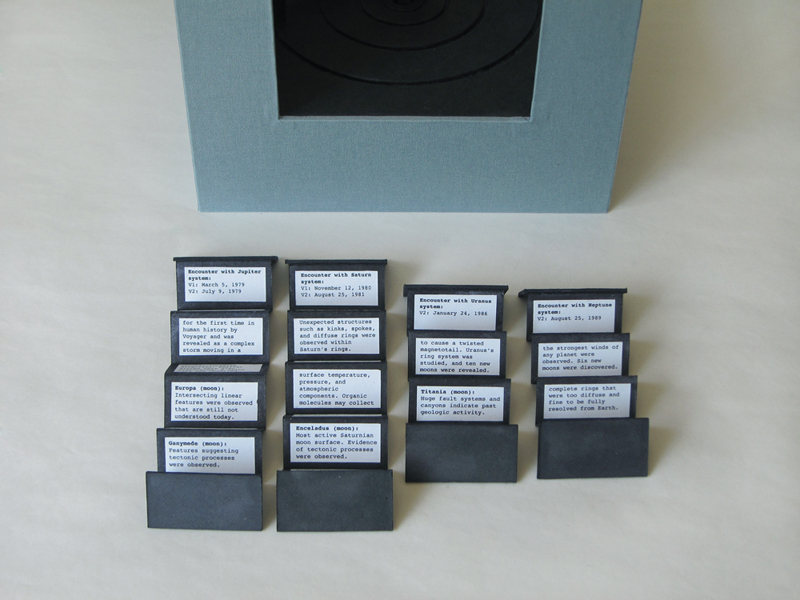 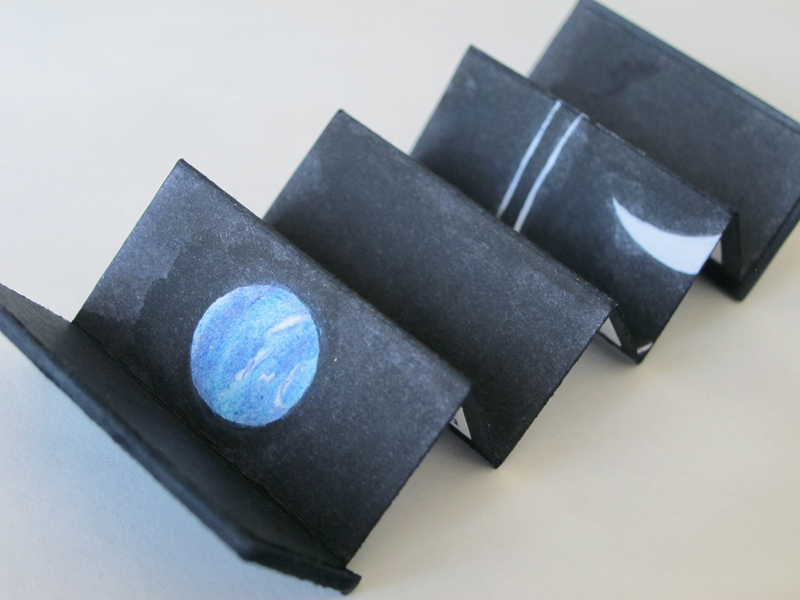 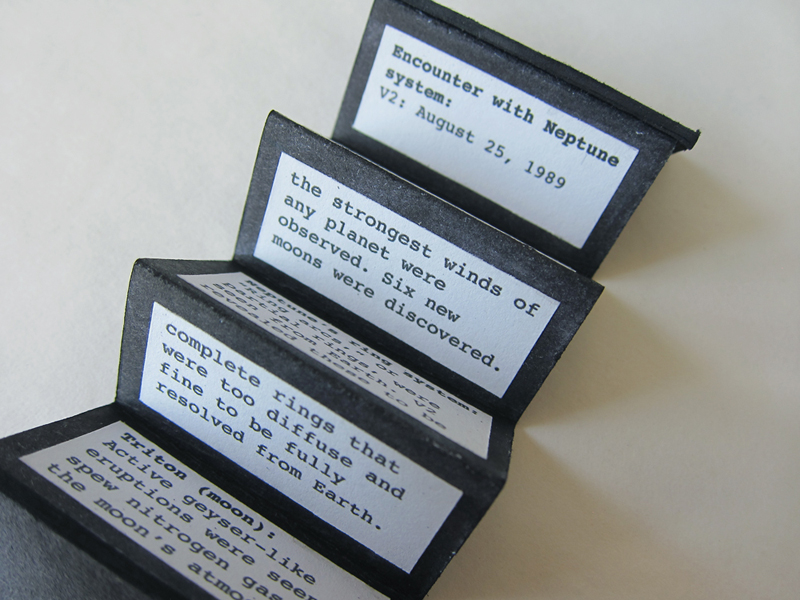